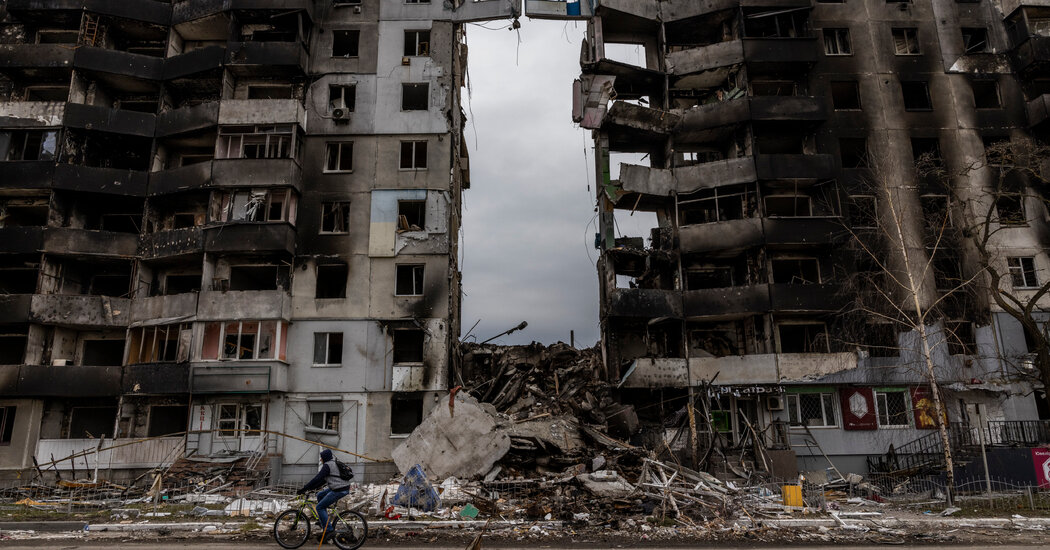 BANGKOK — As the ties of traditional alliances around the world fray, the Royal Thai Army, the United States’ oldest treaty partner in Asia, has cast a wide net.

This year, as the world reeled from Russia’s invasion of Ukraine, Thai soldiers hosted US troops for Cobra Gold, annual military exercises that are one of the biggest shows of power in the Asia-Pacific. A few months earlier, they participated in Shared Destiny, peace exercises of the People’s Liberation Army of China. And in 2020, the Thais further hedged their bets and signed an agreement for their cadets to receive training at a defense academy in Moscow.

The geopolitical landscape after the invasion of Ukraine is often compared to that of a new Cold War. While the main adversaries may be the same — the United States, Russia and, increasingly, China — the roles of much of the rest of the world have changed, creating a global order that has lasted more than three-quarters of a century. lasted.

Governments representing more than half of humanity have refused to take sides, avoiding the us-versus-them binary accounting that characterized most of the post-World War II era. In a United Nations General Assembly that voted this month to remove Russia from the Human Rights Council, dozens of countries abstained, including Thailand, Brazil, South Africa, Mexico and Singapore. (The resolution succeeded anyway.)

Once battlefields of superpowers, parts of Africa, Asia and Latin America are striving for their independence. The return of a bloc of nonaligned nations harks back to a period when leaders of the postcolonial movement resisted the shaping of their destiny by imperialism. It also points to the confidence of smaller countries, which no longer depend on one ideological or economic patron, to go their own way.

“Without a doubt, the countries of Southeast Asia do not want to be drawn into another Cold War or forced to take sides in a major competition for power,” said Zachary Abuza, a security specialist at the National War College in Washington. “As they say in Southeast Asia, when the elephants fight, the grass gets trampled.”

Because he had to join one force or another, Mr Abuza added, many countries around the world were “desperately poor and underdeveloped at the end of the Cold War”.

As a result, not even the United States, the victor of the Cold War, can count on the support of some of its traditional partners in vocally denouncing Russia for its attack on a sovereign, democratic nation. The NATO-led intervention in Libya in 2011 and the US invasion of Iraq in 2003 have only increased mistrust of the West. Both military actions left countries in those regions struggling for years with the political consequences.

“The crux of the matter is that African countries are infantilizing and feeling neglected by Western countries, who are also accused of failing to live up to their rising moral rhetoric about sovereignty and territorial sanctity,” said Ebenezer Obadare, senior fellow for African Studies at the United Nations. council. on Foreign Relations.

Indonesia, a sprawling democracy once ruled by a dictator favored by the United States for his anti-communist stance, has said it will welcome Russia’s President Vladimir V. Putin when the country hosts the Group of 20 this year. meetings. They also abstained in the UN vote to remove Russia from the Human Rights Council.

“Our administration has adopted the questionable strategy of trying to ignore the biggest geopolitical earthquake in 70 years on our agenda as G-20 president this year, which surprises me a bit,” said Tom Lembong, a former trade minister.

Other US allies have characterized their decision to diversify as a function of US absenteeism. Last year, as China spread its vaccine diplomacy around the world, the United States was initially seen hoarding its pandemic supplies.

Before that, during Donald J. Trump’s presidency, the United States withdrew from the Trans-Pacific Partnership, a comprehensive trade pact designed to counter China’s way of doing business. Countries like Vietnam, which had put their reputations on the line by joining, once again felt betrayed by Washington.

Mexico, a longtime US ally, has emphasized its neutrality, and President Andrés Manuel López Obrador has rejected sanctions against Russia.

About a third of US ambassadors to Latin America and the Caribbean remain unfulfilled. The job openings include Brazil, the largest regional economy, and the Organization of American States.

“Many Latin Americans realized that the United States was failing them,” said Vladimir Rouvinski, a professor at Icesi University in Cali, Colombia.

Nor can Russia count on automatic allegiance from its historic allies. Aside from a sense of autocratic camaraderie, ideology is no longer part of Moscow’s allure. Russia has neither the patronage money nor the geopolitical influence of the Soviet Union.

Venezuela, Russia’s staunchest supporter in Latin America, hosted a high-level US delegation on the heels of the invasion of Ukraine. Nicaragua, which was one of the first countries to support Russia’s recognition of separatist regions in eastern Ukraine, has since dampened its enthusiasm.

During a UN vote in March condemning Russia’s invasion of Ukraine. Cuba abstained, instead supporting Moscow, although the country and Nicaragua later rejected the attempt to kick Russia out of the Human Rights Council.

“They are trying to walk a fine line between certainly not celebrating the invasion, but also not clearly condemning it, and advocating for peace,” said Renata Keller, a Cuba expert at the University of Nevada, Reno.

The most notable hedge comes from Africa, which accounted for nearly half of the countries that abstained from the UN vote in March.

“We don’t know why they are fighting,” Tanzania’s President Samia Suluhu Hassan said in an interview, referring to the Russian invasion of Ukraine.

She added that she was “not sure” that there was an obvious aggressor in the conflict.

For Thailand, the decision to train with the US, Russian and Chinese armies and to buy weapons from each country is part of its long history of balancing major powers. Deft diplomacy allowed Thailand to emerge as the only country in the region not to be colonized.

The current drift away from the United States, which used Thailand as a staging area for the Vietnam War, also stems from the political pedigree of Prime Minister Prayuth Chan-ocha, who came to power through a military coup eight years ago.

“While Thailand currently seems like a democracy, it is essentially an autocracy,” said Paul Chambers, a lecturer in international affairs at Naresuan University in Thailand. “A regime like this will have autocratic comrades, including in Moscow.”

The same goes for Uganda, which receives nearly a billion dollars in US aid and is a key Western ally in the fight against regional militancy. Yet Uganda’s government of President Yoweri Museveni has been criticized by the United States and the European Union for a pattern of human rights abuses.

Mr Museveni has responded by attacking the interference of the West in Libya and Iraq. The president’s son, who also commands the land forces, tweeted that a “majority of humanity (who is non-white) supports the Russian position in Ukraine.”

Uganda, like dozens of other countries, can afford to speak out because of a new top trading partner: China. This economic reality, while Beijing promises more than it delivers, has shielded nations that once depended on other superpowers from stark geopolitical choices.

Strategically located countries such as Djibouti, host of Camp Lemonnier, the largest permanent American base on the African continent, are diversified. A few years ago, at the invitation of President Ismail Omar Guelleh, Beijing established its first overseas military outpost in Djibouti. Guelleh also received loans from the Chinese to help develop ports, free trade zones and a railway.

But as the world feels more comfortable being multipolar today, the ripple effects of the fighting in Ukraine are a reminder that globalization is quickly connecting distant countries.

Rising world prices for fuel, food and fertilizers, all due to the war in Ukraine, have exacerbated hardships in Africa and Asia. East Africa is already experiencing a devastating drought and now has at least 13 million people suffering from severe hunger.

And populations outside Europe know all too well that their refugees – such as Syrians, Venezuelans, Afghans, South Sudanese and Myanmar’s Rohingya – cannot expect the welcome given to displaced Ukrainians. In a race for finite health reserves, aid agencies have warned of the dangers of donor fatigue to the world’s most vulnerable.

“The whole world,” said Tanzanian President Hassan, referring to Russia and Ukraine, “is affected when these countries fight.”